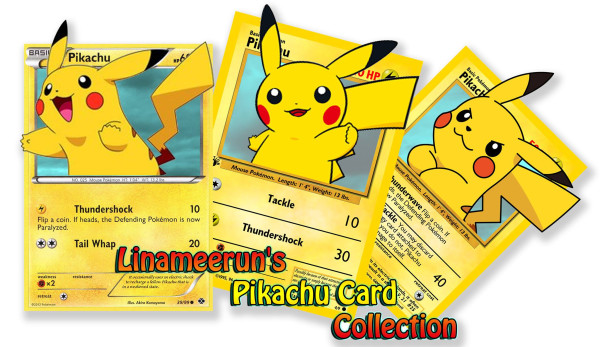 When I was 5 years old, Pokemon became popular in The Netherlands (and all other parts of the world). As almost every kid, I started collecting Pokemon cards, plushes and some figures. My dad flew for his work to the United States of America, and brought over new stuff, which was not available here. I got a watch, Pokedex, new plushes and much more!

So, when I was 5 years old my card collection started, and ended a couple years later.
Two years ago from now I started collecting cards again, but only the Pikachu ones. I hope to have the biggest Pika card collection one day! Hereunder you can find my collection so far: